Line 3 is All Risk and No Reward

We are fighting on behalf of our client Friends of the Headwaters to protect Minnesotans from the risks of a pipeline that is not justified by the political and economic realities of today.

Infrastructure is, no doubt, important to the functioning of our national economy, our security, and for moving the goods that we use. However, infrastructure without need is just mindless spending. Yet Canadian Enbridge Energy partners still seeks to build its unnecessary and destructive Line 3 pipeline to carry crude tar sands oil across valuable freshwater resources in northern Minnesota. And what do Minnesotans get for shouldering the loss of property rights, environmental degradation, increased greenhouse gas emissions, and cultural harm to tribes associated with this pipeline? The answer is not much.

We Cannot Put Our Heads in the “Alberta Tar Sands”

There is a great deal of environmental degradation inherent in building a 338-mile-long pipeline along some of the most pristine waterways in the world. Enbridge is authorized to dredge and fill some of the most fragile and high-quality rivers, streams, lakes, and wetlands in the state of Minnesota. Waters that support an abundance of plant and animal diversity. These pipelines have failed before, and they will again. Enbridge was responsible for the largest and most costly inland oil spill in U.S. history right here in the Midwest, when Line 6b contaminated 40 miles of the Kalamazoo River watershed in Michigan in 2010. 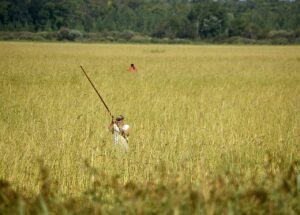 Members of the Leech Lake Band of the Ojibwe Tribe harvest rice on Mud Lake, located on the Leech River.

Mnomen, or wild rice, also grows in the lakes that Line 3 will cut through. According to the Anishinaabe – my people, indigenous Minnesota and the Midwest – we came from the east seeking a place where the food grows on the water. We found it here, in the many lakes where Mnomen now grows. Line 3 puts the very spirit of my people in harm’s way.

Pervading this whole discussion is also the specter of climate change. Expanding Line 3 would have the equivalent impact of adding 50 new coal-fired power plants. Allowing the construction of a pipeline that will directly result in greenhouse gas emissions, destruction of waterways, and increased risk of catastrophic oil spills is truly putting our heads in the sand.

The environmental risks of Line 3 are enormous, and the benefits are slim. The Minnesota Public Utilities Commission (PUC) approved the pipeline because Canadian oil producers wanted it. That is not what the law requires, it is not what our planet needs, and it is a disservice to the public.

The Demand for Oil Does Not Exist

Under Minnesota law, all large energy infrastructure projects, including Line 3, must be justified by adequate demand. This requirement ensures the people of Minnesota and Anishinaabe tribes throughout the state their property will be taken, their environment harmed, and oil pumped through a pipeline only if it is really worth it.

That’s why Enbridge was required to seek a “certificate of need” from the Minnesota PUC. Certificates of need can only be justified by an accurate “long range energy demand forecast” that considers the needs of Minnesota consumers. Enbridge instead submitted a supply forecast,  the Muse Stancil Report. But that cannot justify the harm this pipeline will cause.

Newsflash: Line 3 is not worth it because demand for oil is decreasing. If the PUC  required an actual consumer demand analysis as required by law, it would find that oil prices are dropping and so is long-term energy demand.

Instead, the PUC granted a certificate of need to Enbridge based on the demand of Canadian oil producers seeking to ship their product to make it more cost competitive. Enbridge Line 3 might provide a competitive edge to these oil producers but that’s not the type of demand that concerns Minnesota Statute § 216B.243. In making the decision to issue Enbridge a certificate of need without a demand forecast showing increasing consumer demand in Minnesota, the Public Utilities Commission committed a grave legal error.

What is ELPC Doing?

ELPC attorneys, representing Friends of the Headwaters, and in collaboration with the Sierra Club, Honor the Earth, the Red Lake Band of Chippewa Indians, and White Earth Band of Ojibwe sued the public utilities commission to stop this unnecessary and destructive pipeline.

A divided court of Court of Appeals affirmed the Minnesota PUC’s certificate of need decision on June 14th, 2021. However, the court also found that the Muse Stancil report was deficient. Judges Jesson and Kirk in the majority holding that  “[T]he bulk of the Muse Report—focused on oil supply and resulting pipeline capacity—does not satisfy the energy demand forecast requirement . . .” and Judge Reyes dissenting that the PUC “wholly failed to consider a statutorily required energy demand forecast.” All three judges agreed that the report was deficient, but the court allowed the pipeline to proceed anyway under the law of administrative deference.

Courts should only owe deference to agencies applying their expertise to facts that implicate it.  In many cases, this makes a lot of sense given that a court has no special expertise in assessing electricity rates, for example. Here, though, there is a simple legal question that the courts are fully equipped to answer – do the words in § 216B.243 matter? Should the PUC be allowed to rewrite the statute to replace “demand forecast” with “supply forecast”? Can the commission just ignore whether the forecast is accurate? Can the agency write off the consumer protection purpose behind § 216B.243? The Court of Appeals held that it can.

This is why ELPC appealed this wrong legal ruling to the Minnesota Supreme Court on July 14th, 2021. We are fighting on behalf of our client Friends of the Headwaters to compel the agency to do its job and to protect Minnesotans from the risks of a pipeline that is not justified by the political and economic realities of today. If the PUC does the right analysis it will show that demand for oil simply does not justify the construction of this massive oil pipeline. 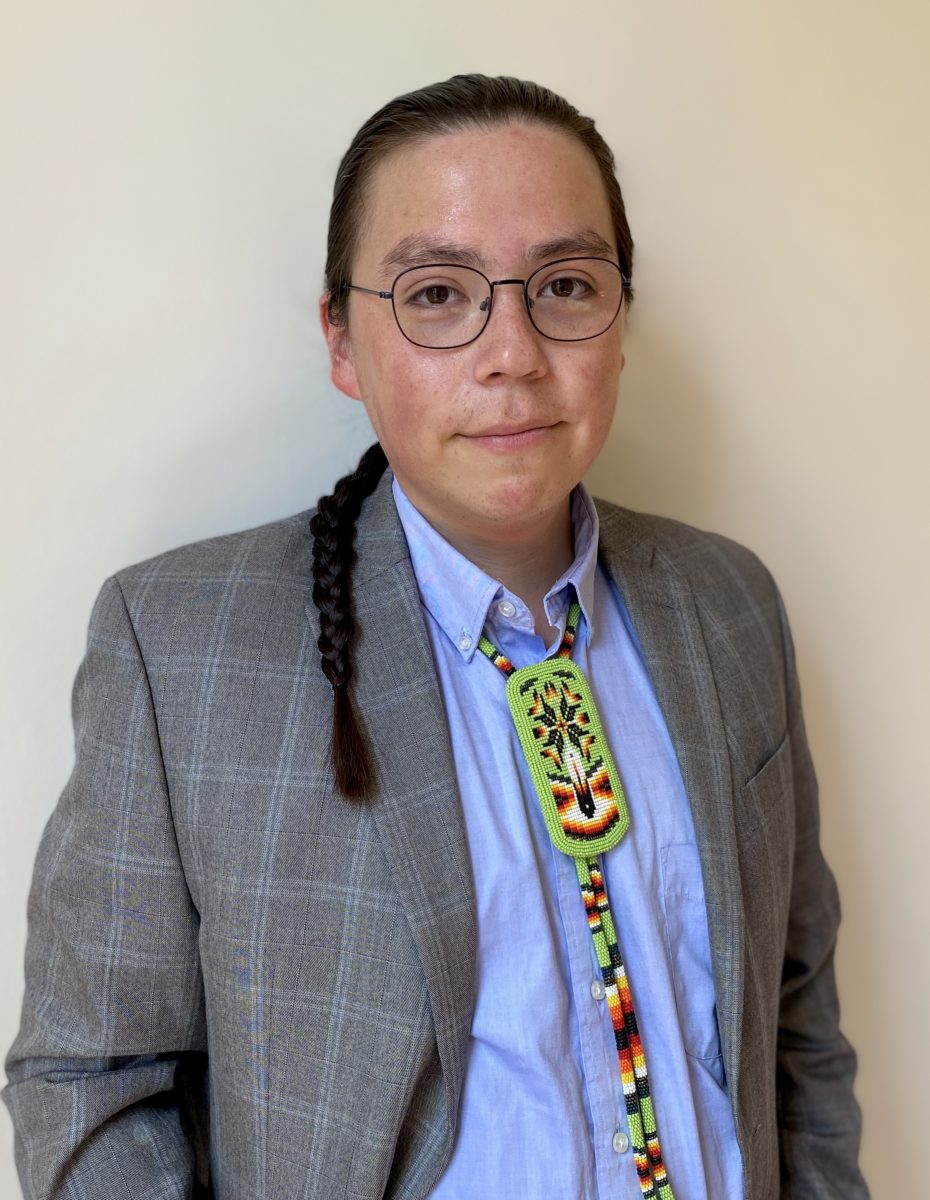