After a decade of litigation by ELPC and others, on-time performance standards will make a huge improvement in passenger rail across America.

In November 2020, the Federal Railroad Administration proposed a federal standard for “on-time performance” of Amtrak trains. This seemingly minor bureaucratic move is the culmination of a decade of litigation by ELPC and others, and it is a huge step forward in providing quality passenger rail across America. Let’s take a look at how we got here, and how we hope to see train travel improve across the Midwest thanks to this important decision.

Amtrak is Built on a Priority Promise

Before 1970, railroads were regulated monopolies that were required to carry both passengers and freight. That year, in response to a major railroad bankruptcy, Congress created Amtrak to relieve railroads of this legal obligation. Railroads agreed to give Amtrak access to their tracks in exchange for being relieved of the responsibility to serve passengers themselves. But within three years, the grand bargain was falling apart, as freight railroads subjected Amtrak passenger trains to unreasonable delays. If a train full of coal and a train full of people came to a crossing at the same time, the coal train should have pulled aside to let the people pass, but instead, passengers often saw the opposite.

In 1973, Congress clarified that freight railroads were required to give Amtrak trains a preference over freight, except in situations where railroads sought a waiver. Unfortunately, that didn’t fix the problem.

Intercity passenger rail trains still suffered from poor service reliability due to freight rail interference. Amtrak’s on-time performance for long-distance trains fell below 40% by 2008. Even though Amtrak trains have a statutory right of preference, it had no practical ability to enforce it.

If a train full of coal and a train full of people came to a crossing at the same time, the coal train should have pulled aside to let the people pass, but instead, passengers often saw the opposite.

So, Congress declared that Amtrak and the Federal Railroad Administration (FRA) should jointly define on-time performance standards. The Surface Transportation Board could then investigate if trains were late and enforce the law as necessary. Amtrak & FRA proposed that 80% of the passengers must reach their destination within 15 minutes of the scheduled arrival time, and the standards were finalized by 2010.

The Legal Battle Picks up Steam

Freight railroads were not happy with this decision, so they launched into a tortuous legal battle challenging every effort to hold them accountable to the 1973 requirement that they provide preference to passenger trains.

First, freight railroads argued that Amtrak is a private company and thus unable to set government standards. When they won this argument in the DC Court of Appeals in 2013 overall on-time performance dropped again, from 83% down to 42%, as freight train interference tripled. Only 21% of the trains from Chicago through Minneapolis to Seattle (Empire Builder) ran on time in 2014, and only one in three trains made it on time from Chicago to San Francisco (California Zephyr). In its 2014 performance report, Amtrak found freight interference accounted for roughly two-thirds of all its delays.

American businesses, passengers, and workers have borne the negative consequences of these delays in terms of costs, time, and threats to passenger safety.

This steep decline had numerous adverse impacts on the public and taxpayers. American businesses, passengers, and workers have borne the negative consequences of these delays in terms of costs, time, and threats to passenger safety. In 2015, the losses of Amtrak revenues amounted to $13 million as ridership declined from 30.93 million to 30.88 million due in large part to chronic delays and that lack of on-time performance standards. Of the 15 major lines on the Amtrak national network, Amtrak’s Empire Builder passenger rail suffered the biggest drop in ticket revenue – – $4 million.

The issue went all the way to the U.S. Supreme court. In 2014, ELPC filed an amicus curiae (“friend of the court”) brief on behalf of ourselves, the National Association of Railroad Passengers, All Aboard Ohio, and Virginians for High-Speed Rail. We argued that Amtrak is, in fact, an arm of the federal government that relieves freight railroads of their pre-existing obligation to provide interstate passenger service. The United States Supreme Court agreed and even cited evidence we had brought to the Court’s attention.

That was just the first round. Freight railroads then argued that the Surface Transportation Board didn’t have the authority to set its own standards because that authority rests with the Federal Railroad Administration and Amtrak, a challenge they won in 2017.

Then came the question of whether allowing the FRA and Amtrak to jointly set standards was illegal because if, in theory, they couldn’t reach an agreement, then an outside arbitrator would be brought in. That question was finally settled in 2019, when the courts determined that FRA and Amtrak could proceed with rulemaking but could not go to an arbiter if they disagreed.

To state the obvious, the public policy goal is not that a train arrives at its destination on time but that the passengers do.

Next, freight railroads argued for fudging the numbers in two ways. By asking to extend the expected travel time to account for freight interference, they would have made rail travel much more cumbersome for passengers. For example, a trip from Chicago to New Orleans should not take five hours longer today than it did sixty years ago, when technology and innovation have improved so significantly. They also tried to argue that passenger trains should only be expected to arrive at the final destination on time. “To state the obvious,” ELPC argued in 2016, “the public policy goal is not that a train arrives at its destination on time but that the passengers do.” We argued that all stations, rather than merely the endpoints should be measured. That it didn’t matter to the late passengers exiting in Centralia that the train later sped up to arrive in Chicago on time.

Fortunately, we hope all these squabbles have finally come to an end. The FRA and Amtrak proposed new on-time performance standards in April 2020 that were finalized on November 16, 2020. On-time performance is now explicitly defined by the number of customers who arrive on time at their destinations amid the total number of customers. With this latest decision, “the Supreme Court ended a decade of nonsense,” as the Rail Passengers Association put it, to reiterate passenger priority under the law. 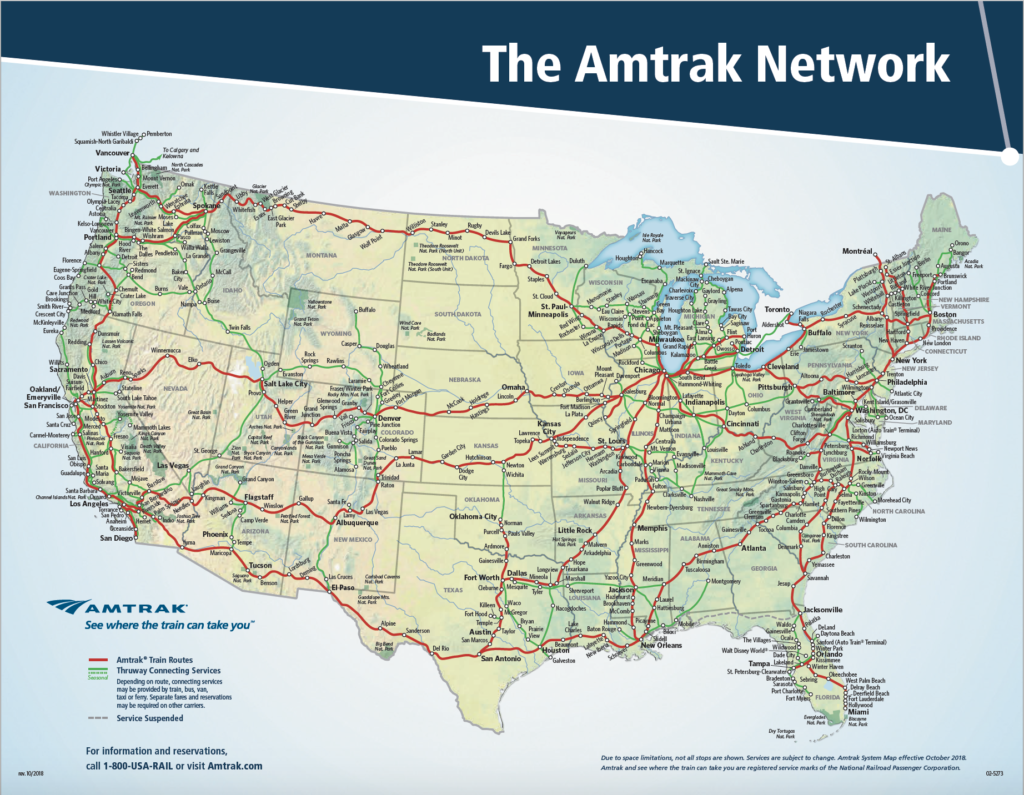 It’s really not that complicated: passenger trains should run on time, to move people quickly and keep the nation going. 80% on-time is not even a terribly high bar to meet, as history has shown here in the U.S. and other rail networks continually show us around the world. Freight rail corporations have capitalized on years of legal confusion to the detriment of the American people. Freight rail corporations are capable of cooperating with passenger rail, and our rail system can be efficient once again. Amtrak is more popular than ever, with a record 32.5 million passengers in 2019. If passengers know they can get where they’re going quickly and on time, then we can expect to see ridership continue to grow well into the future.

The legal process can be a long and windy road, but ELPC is in it for the long haul. From our attorneys to policy advocates, our business specialists to communications experts, our staff is fighting on many fronts to ensure that Midwesterners have reliable and sustainable transportation options. Many of our neighbors do not or cannot drive, but our terrain is accommodating and our cities are well-spaced for train travel across the region. A comprehensive rail network can improve mobility and economic activity in the Midwest and beyond.

Transportation is the leading source of carbon pollution, but trains use far less energy to move people more efficiently than fossil-fuel powered cars and planes, making rail the climate-friendly option. ELPC will continue to work towards high-performance passenger rail, as the most practical and environmentally responsible way to transport groups of people safely, comfortably, and affordably across the Midwest.