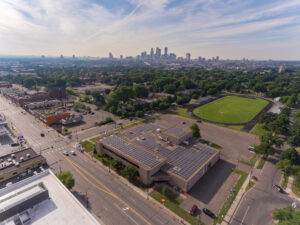 The gap is closing — in 2010, the median rooftop solar adapter made $138,000 compared to just under $50,000 for the median American — but it’s not closing fast enough to get enough solar to the people who need it most. Low-income families who need their bills cut fast, communities of color historically choked by ash and soot, people who don’t own their homes or who don’t have the cash to put panels on the roof are all left out of this transition. And it’s a lost opportunity during a climate crisis that demands we get as many renewables on the grid as fast as possible.

In the report Community-Owned Community Solar: Opportunities and Challenges, written with the Environmental Law Policy Center, I lay out ownership models, methods for distributing benefits, barriers, and resources for community organizations and policymakers interested in pursuing or advocating for community-owned community solar.

This is just a quick look at why we should care about these programs in the first place.

Community solar is just 3.6% of all installed solar in the U.S., but governments are paying attention. Three of the six actions the Biden-Harris administration announced in July to lower electricity bills for working families involved community solar, and the Department of Energy has a target of enough community solar to power 5 million households by 2025 and create $1 billion in energy savings. About a third of states have policies ranging from stepping stones to community solar to explicit community solar programs. 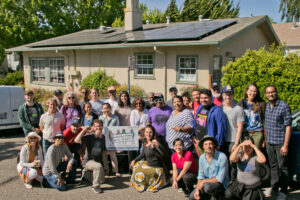 But community solar on its own is also fraught. Utility-run programs often stretch the definition of community solar and are designed to maximize profit, with community well-being and equity as an afterthought. To broaden and deepen the clean energy transition we need to provide the same decarbonization opportunities to disadvantaged communities that we do to comparatively wealthy homeowners.

Truly community-owned community solar can provide not only electric bill savings, but also utility bill literacy, energy efficiency funding, workforce development, and community empowerment. Most importantly, community ownership gives communities the chance to decide which benefits are most important to them and how they should be distributed.

An enormous obstacle for community ownership of community solar projects is financing them, particularly for already marginalized community groups. Groups that are unable to raise sufficient capital for projects must rely on outside financers, often tax equity investors. The small community organizations doing this vital work often don’t have the capacity or clout to attract these funders. This dearth of capital means work is left undone, the communities left unserved. 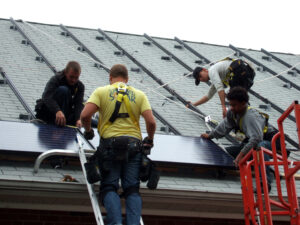 One potential solution to this is the recently-formed People’s Solar Energy Fund, a non-profit that finances community-owned projects while also providing technical assistance and training. Their goal is a $75 million per year pipeline of financing for solar projects. One of the Biden-Harris Administration’s six actions in July was the creation of the Sunny Awards for Equitable Community Solar. Unfortunately, the “Sunny’s” only contains a total of $100,000 for equitable community solar (up to $10,000 a project). We need more than that.

Increased funding from the Department of Energy for community-owned community solar projects would help projects increase and spread across the country, helping communities in need while speeding the global transition to renewables. At the state level, bill crediting, robust community solar programs, and carve-outs for community-owned projects will help make these projects feasible. For public health, the climate and the economy, the nation needs to transition to renewables. But we need to do it right, including the communities left behind under the current system. If we let the same economic forces that created these energy inequalities drive our transition to renewables, all we’ve done is fold coal’s injustices into solar.

This op-ed was originally published in Utility Dive on December 19, 2022.