This month, the Center for Biological Diversity, Clean Wisconsin, ELPC, Midwest Environmental Advocates, and the Sierra Club – Wisconsin Chapter called on the U.S. Forest Service to immediately suspend and review the Fourmile logging project it had previously approved under the Trump administration, in keeping with President Biden’s executive orders to tackle the climate crisis and protect biodiversity.

The Fourmile project would rapidly increase logging in the Chequamegon-Nicolet National Forest in northern Wisconsin. Under the Trump administration’s mission to increase logging in national forests by 72% in 5 years, the Fourmile project received minimal environmental review and no analysis of greenhouse gas effects. However, the science is clear that northern temperature forests are critical carbon sinks and reservoirs that must be protected to avoid increased carbon pollution. The Fourmile project calls for 12,000 acres of logging and over 1,000 acres of clear-cutting, which would threaten vulnerable species like wood turtle and American pine marten. 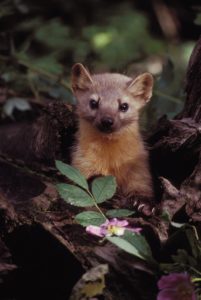 The American Pine Marten is at home in the dense, mature pine forests of Northwoods Wisconsin. It has been a State Endangered animal since 1972.

In President Biden’s January 27th Executive Order, he said we must “listen to science” and act to confront the climate crisis and protect biodiversity. Protecting thousands of acres of forest is critical to achieving these goals, in addition to the president’s 30×30 initiative to conserve 30% of public lands by 2030.

Confronting the climate crisis requires confronting and changing damaging forest management practices. We call on the United States Forest Service and the district ranger for the Chequamegon-Nicolet National Forest to act promptly to suspend and fully review the Fourmile project, with a consideration of climate change, biodiversity, and public health.