Garden of the Gods in Shawnee National Forest, Illinois.

Famous for vistas like Garden of the Gods, the Little Grand Canyon, Panther Den and Inspiration Point, the Shawnee National Forest in Southern Illinois has no shortage of natural areas of nearly heartbreaking beauty. But only a few of these already special public lands meet the rigorous criteria for a federal Wilderness designation.

The most truly wild and spectacular public lands deserve the highest form of protection the nation can offer. That’s why ELPC and our coalition partners are pursuing federal Wilderness designations for three particularly majestic areas of the Shawnee – Camp Hutchins, Ripple Hollow and Burke Branch.

The 1964 Wilderness Act is one of the most important – and most poetic – pieces of legislation aimed at protecting America’s natural treasures.

“A wilderness, in contrast with those areas where man and his own works dominate the landscape, is hereby recognized as an area where the earth and its community of life are untrammeled by man, where man himself is a visitor who does not remain,” the act reads in part.

ELPC, in collaboration with conservation leaders across the state, has identified three sites in Illinois that meet federal standards for designation as new National Wilderness areas that would be worthy additions to the National Wilderness Preservation System: (1) Camp Hutchins, (2) Ripple Hollow, and (3) Burke Branch. Together, these three areas would add more than 12,000 acres of new Wilderness to the 289,000-acre Shawnee, bringing the total number of Wilderness areas within the forest to 10. 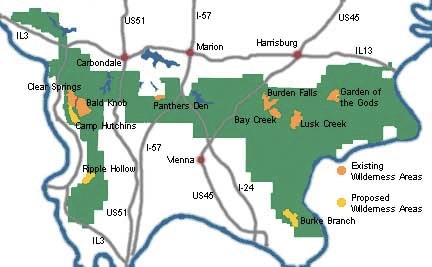 Camp Hutchins, Ripple Hollow, and Burke Branch have been considered for Wilderness designation in the past, and they remain strong candidates today.

There have been efforts to designate Camp Hutchins as Wilderness dating back to 1977. The most recent effort occurred between 2004 and 2006 when the Forest Service prepared the Shawnee National Forest Land and Resource Management Plan (2006 Plan). The Sierra Club led this effort and worked with a coalition of groups called the Illinois Wilderness Action Network. Unfortunately, Camp Hutchins was not recommended for Wilderness designation at the time. While its proximity to Bald Knob and Clear Springs was a strength, two problems halted its being recommended: (1) Private land existed within Camp Hutchins, and (2) a county road separated the area from Bald Knob and Clear Springs. If the private land is acquired and the county road is closed, this site will be a strong candidate for National Wilderness designation.

Ripple Hollow is roughly nine miles southwest of the McClure Shale Glade Nature Preserve. Though Ripple Hollow is less than 5,000 acres, it meets the criteria for Wilderness designation because of its unimpaired condition. The area has a large amount of old-growth forest and has resisted outside intrusion, with no improved or unimproved roads and no significant mining or logging history.

The roadless area analysis of the 1992 Forest Plan included a conditional Wilderness recommendation for Ripple Hollow pending procurement of the area’s private mineral rights. A private mining company owns the rights to silica found in Ripple Hollow, and there is no evidence that the mineral rights have been acquired from the mining company at present.

Illegal ATV use in the area is an immediate and ongoing threat to Ripple Hollow’s natural integrity. Unless Ripple Hollow receives protection soon, it could lose its wild and natural quality, robbing Illinois of one more valuable piece of its natural heritage. Therefore, it is essential that Ripple Hollow is preserved through the National Wilderness Preservation System so that it can be enjoyed for generations to come.

Burke Branch near the Cretaceous Hills Nature Preserve is the largest of the three proposed Wilderness areas. Burke Branch was significantly logged in the past, but its roadless area designation in 1979 gave its forests a chance to regrow and close their canopy.

The 2006 Plan acknowledged Burke Branch as a large site with sensitive plant, water, and geological resources deserving protection. However, the Plan also noted that Burke Branch has a dense network of improved and unimproved roads.

Since 2006, Burke Branch has been managed primarily under the mature hardwood forest management prescription, which emphasizes wildlife habitat and recreation in a mature, hardwood-forest setting. This effective management has returned the area to a condition where it is again suitable for Wilderness consideration.

The Economic Case for Wilderness

In addition to the many natural and environmental benefits, Wilderness designation is a proven economic driver in Illinois. Wilderness recreation and passive-use contribute roughly $3.8 billion in wildlife recreation spending to the state’s economy. This spending supports roughly 204,000 jobs and generates nearly $1.6 billion annually in state and local tax revenue.

A 2014 study published in the International Journal of Wilderness found that Wilderness designation reaps $9.4 billion a year – about $85 an acre – in benefits for the American public. These are benefits that stay stable even during economic downturns.

We benefit when we protect our lands. Environmentally, economically, socially, even spiritually. In the Midwest, our Wilderness is our bounty.

That’s why we are working with the public, policymakers, the conservation community, and elected officials to build support for adding Camp Hutchins, Ripple Hollow, and Burke Branch to the National Wilderness Preservation System. Our goal is to advance an action plan that will result in Congress designating these three areas in Illinois as new National Wilderness. 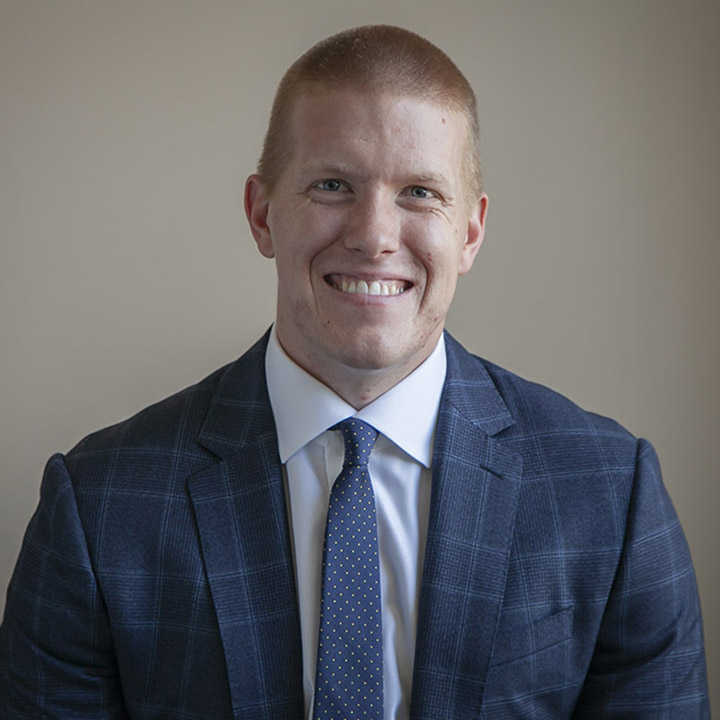