In August 2019, the ArcelorMittal steel mill in Burns Harbor, Indiana suffered a failure at its blast furnace. The facility discharged cyanide and ammonia in excess of its Clean Water Act’s permit limits, which led to the death of an estimated 3,000 fish and closure of beaches along the southern coast of Lake Michigan, including the closure of beaches at the Indiana Dunes National Park.

One year later, violations have returned. The steel mill is required to monitor its discharges for toxicity to ensure that its discharges into the East Branch of the Little Calumet River and (ultimately) Lake Michigan do not put human health or the environment at risk.

During its toxicity testing in May and June 2020, the steel mill failed its tests for chronic toxicity, putting waterways and Great Lakes communities at risk. Also, in June and continuing into July, the steel mill exceeded multiple limits for its ammonia discharges, which can be harmful to aquatic life. Below is a table that shows the amount and magnitude of these exceedances: 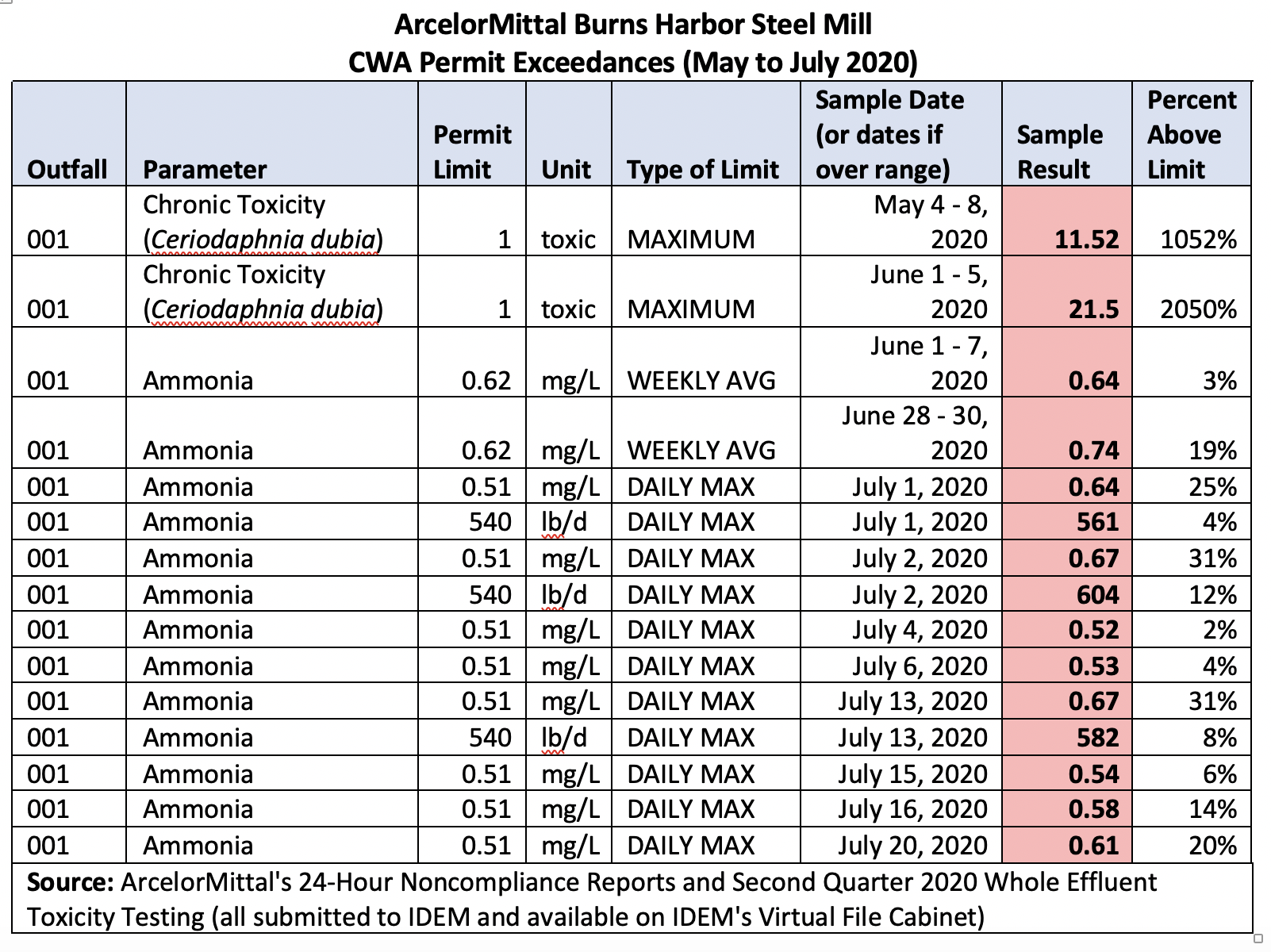 ELPC brought its Clean Water Act citizen suit against ArcelorMittal to prevent such violations from recurring, and their reappearance this summer provides a grim reminder of how much work is left to be done.