Ohio facility has a history of violating the Clean Water Act without facing consequences. This year's data shows that pattern has not changed.

Nearly a year ago, the Environmental Law & Policy Center published a report about the decline in Clean Water Act enforcement in the Great Lakes region. To highlight the impact on Midwestern water, we featured a facility on the shores of Lake Erie that showed a history of violating the law without facing consequences. This year, we followed up with Reserve Environmental Services, Inc. to see if anything has improved in the months since our report.

Reserve is a waste management, disposal, and removal service that handles both hazardous and non-hazardous waste outside Ashtabula, Ohio. The facility discharges into Whitman Creek, which flows directly into Lake Erie. There are thousands of people living in the community around this facility, more than a quarter of whom are identified as low-income.

Reserve caught our eye because it exceeded its water pollution permit limits on at least 198 occasions between January 2017 to March 2020. Some of these pollutants include mercury, nickel, and total suspended solids. Even small amounts of mercury exposure can be dangerous to the central nervous system, and poisoning can cause permanent damage to the brain, kidneys, stomach, intestines, and heart.

Unfortunately, the pattern of violation at Reserve has not changed. Since April 2020, Reserve has exceeded its limits on at least 34 occasions based on its public, self-reported discharge data submitted to Ohio EPA. In the chart below, you’ll find Reserve’s exceedances from April 2020 to January 2021, the most recent month ELPC has discharge data. Neither Ohio EPA nor U.S. EPA are known to have served a Notice of Violation or instituted an enforcement action for these violations. 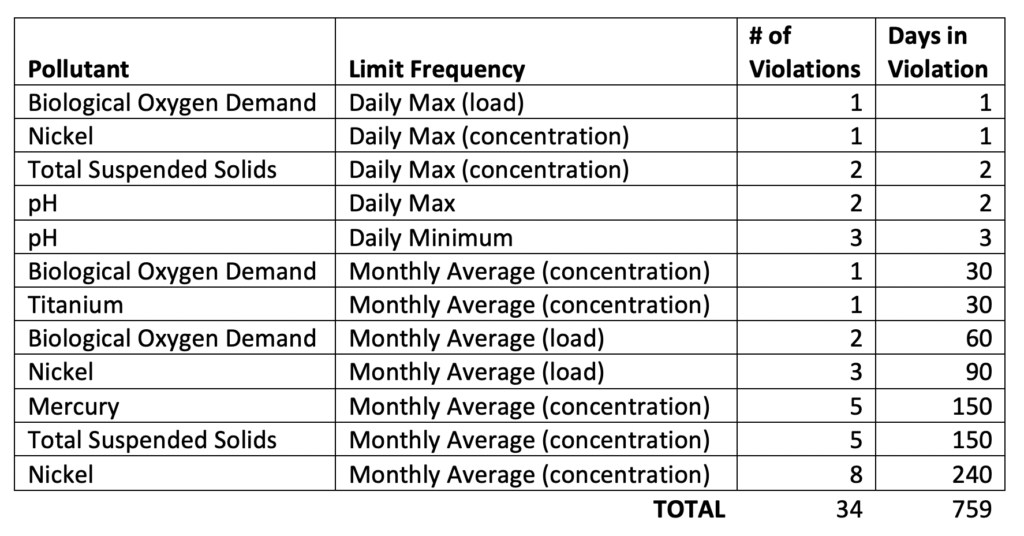 Without a strong expectation of environmental enforcement, facilities are more likely to violate the law and avoid accountability. Now that we have new federal leadership, and a new administration at EPA, we hope to see a return to sufficient levels of funding, staffing, and enforcement. Clean water is a basic human need, and the Great Lakes are vital to our region. We must protect these natural resources for the sake of public health and the economy. 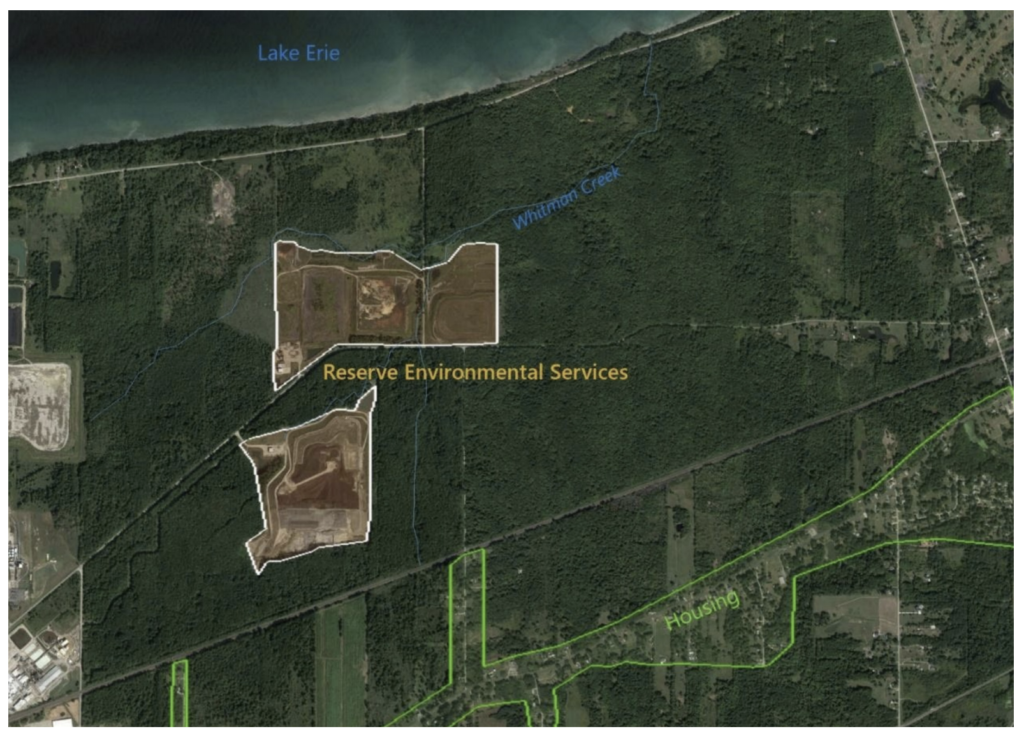