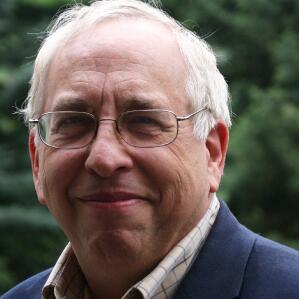 Professor Donald Wuebbles is the Harry E. Preble Professor of Atmospheric Science at the University of Illinois in the School of Earth, Society, and Environment.  He was a Coordinating Lead Author for the 2013 Intergovernmental Panel on Climate Change (IPCC) assessment of climate change, a leader in the 2014 U.S. National Climate Assessment, and an author in the 2014 joint U.S. National Academy of Sciences and UK Royal Society report on climate change. He also is a Fellow of three professional societies: the American Association for the Advancement of Science (AAAS), the American Geophysical Union (AGU), and the American Meteorological Society (AMS). He received the AMS Cleveland Abbe Award in February 2014 for his contributions to science and society.