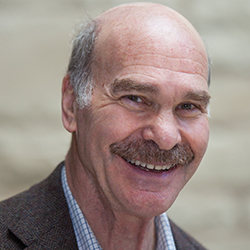 Professor Mark Ratner is a Professor and former Chair of the Department of Chemistry at Northwestern University.  Professor Ratner is the Founding Co-Director of the Institute for Sustainability and Energy at Northwestern (ISEN).  He is a materials chemist, whose work focuses on the interplay between molecular structure and molecular properties, ranging from nonadiabatic intramolecular behavior to aspects of molecular devices, including photovoltaics, conductive polymers, molecular transport junctions and molecular switches.  He is a Fellow of the American Association for the Advancement of Science and a member ofthe National Academy and the American Academy of Arts and Sciences.