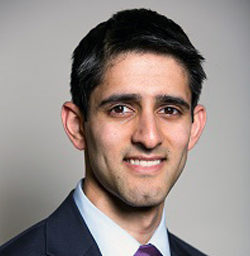 Samir Mayekar served as CEO of NanoGraf Corporation, a global manufacturer of advanced materials for the lithium-ion battery industry.  Mr. Mayekar previously served as Deputy Chief of Staff of the Overseas Private Investment Corporation (OPIC), the U.S. Government’s development finance institution, and as staff at the White House during the Obama administration.  At OPIC, he helped coordinate agency efforts in advancing priorities of the Obama administration, including providing over $1 billion in financing for energy projects in emerging markets. He serves on Northwestern University’s Board of Trustees and was President of the Northwestern Alumni Association. Mr. Mayekar received his B.A. from Northwestern University (summa cum laude), and his M.B.A. from the Kellogg School of Management.